Most straight women spend at least a little time wondering if they measure up to what men want. They wonder if they need to be thinner, more voluptuous, more outgoing, or more exciting. It can be easy to feel like you aren’t good enough to attract a date.

The truth, however, is that what many women think guys want doesn’t have a lot to do with the preferences of actual men. They’re after more than just looks, despite what movies and television imply, and they have some strong opinions on a woman’s personality. Here’s a look at a few of the most common male preferences. 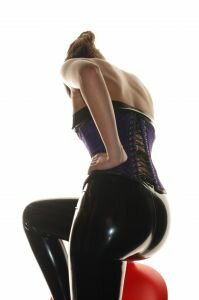 While most women assume that men are primarily interested in the way they look, the majority of guys report that while looks are a factor, they’re not as important as the media suggests. Men also tend to prefer more “average” looking women as long-term partners, even if they like to look at models and actresses.

When surveyed, men said that average-sized, natural breasts were better than obviously artificial ones, that casual clothing was more attractive than runway style, and that a woman’s eyes where usually her best feature. The best makeup was the kind that was barely there, not an overdone evening style.

A woman’s personality was a lot more important in men’s judgment than many people think. Guys said that they like a woman who is intelligent, creative, capable of grasping new concepts, and interested in challenging her mate. They also liked women who were emotionally strong and who had a good idea of who they are.

Poor self-image, an excessive focus on personal appearance, insecurity and extreme aggressiveness were all considered turn-offs, however. Honesty, integrity and a willingness to consider a partner’s needs were non-negotiable for many men.

Most men aren’t looking for a submissive housewife, either. They want someone who’s capable of taking care of herself without needing financial support from someone else. While some men do feel a little intimidated if their female partners make more money than they do, the majority are supportive of women who have their own lives, interests and careers.

When asked what men want in a woman, many men talk about sex and sexuality, but the things they say might surprise a lot of women. Guys tend to want a woman who’s comfortable with her sexuality, passionate and willing to experiment a little in the bedroom.

Women who feel ashamed of sex, who are extremely uncomfortable with their bodies, or who fake their enjoyment to seem more exciting are much less popular with men. Women should also avoid treating sex as an exchange for gifts or attention, as well as believing that men only think about one thing. Most men are more complex than this and resent being treated as though they’re simplistic people.

People all over the world think they know what men want, but surprisingly few of them really understand the needs of the average guy. When it comes down to it, while many men like to look at lingerie models and think that actresses are beautiful, they’d rather get involved with someone more average who has an appealing personality, a high level of personal comfort, strong values and a life of her own. What men want in a woman is surprisingly easy to live up to.