In a time when rigid social norms for relationships are breaking down, many people have begun to choose “friends with benefits” relationships instead of something more formal and committed.

For the right person, this kind of interaction can be fun, rewarding and freeing. If both people aren’t on the same page, however, this kind of arrangement can be disastrous. 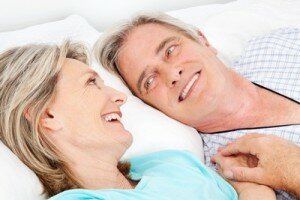 If you’re considering entering into a situation like this, make sure you and the other person communicate clearly about the pros, the cons and your personal beliefs.

While the potential problems with this kind of relationship can seem intimidating, that doesn’t mean that you should consider it off limits.

Just make sure you take some time to think carefully about what you want out of the situation, then make sure it matches up with what your friend wants.

This kind of situation could be the right choice if you’re too busy to date, have just gotten out of a messy divorce, or simply aren’t into serious relationships. You just need to be a little bit careful.

Be willing to communicate, don’t let the other person treat you poorly, and make certain that you understand the limits of the relationship.

These simple rules could be the key to making your friends with benefits arrangement work out well.